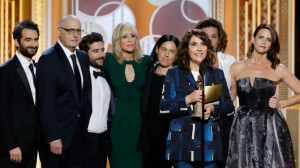 Not only was it Amazon’s first-ever Golden Globe award, “Transparent” also became the first online series to ever win a best series award, comedy or drama, at the annual awards show.” 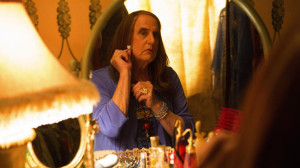 “Jeffrey Tambor: We are very pleased. We are the proverbial little engine that could. So this is a wonderful day of being acknowledged. I’m so happy for the best show category. I love this cast. I love the Pfefferman family and beyond. I’m very pleased.”