Soon I’ll post lots of reviews, but I wanted to highlight this one from A Novel Review because it was written by twelve-year old Kylee. 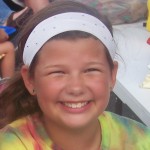 This review is written by Charlotte Lynn’s twelve year old daughter Kylee. She is as avid a reader as her mother and was thrilled when asked if she wanted to read and write a review for Lost in London

Jordan has wanted to go to London for a long time using an exchange program she finally gets to do so.

In this story it’s about all Jordan and her friends from London and her moms friend, that lives in London, daughter. When Jordan goes to London she meets Caroline and her soon to be friends, Sam, Gordo, and Ellie. While in London she gets locked in Daphne’s store that has everything in it from food to clothes she didn’t know what to do until she found out Caroline is stuck with her and since the security cameras aren’t on they run around the stores and try everything. Later in the story they find out that this guy named Sebastian is trying to get them into trouble by blackmailing them into doing his homework. Whenever they don’t listen to him he posts a video of the girls running around after the mall closes. After that they find out that there was things stolen from Daphne’s the night that they were there and since Sebastian put the video out there thinking it was Jordan and Caroline. They’re calling them the Daphne’s duo.

My favorite part of this story would have to be when Jordan and Caroline get locked in Daphne’s because of how they are free to do everything that they want when they’re in each store. My favorite part of this place in the story would have to be when they go into the dress shop and try on the dresses then go to the trampoline store and jump around while wearing dresses and how they bounce on the trampoline. I also like how Caroline acts when she’s just with Jordan in Daphne’s instead of trying to be the best person in her group. There is another part of this story I really like and that is when they prank Caroline by pretending to get “taken” after they go to in the boat and when Caroline comes out how she freaks out because she thinks her friends are gone. I also just like this whole book because it’s in my genre of stories and of how Jordan wants to go to London which is a place I have always wanted to go.

I would recommend this book to my friends and people younger than me from ages 8-14 probably because you can relate to it whether you want to go to London or you dad is the principal at your school. This book makes you feel like you’re really there and that you’re one of Jordan Caroline, Sam, Gordo, and Ellie’s friends. Lastly I want to say about this book is that I would love to read more of these books because of how Cindy Callaghan writes her stories to feel like your inside the story and how she puts all her feelings into these stories.