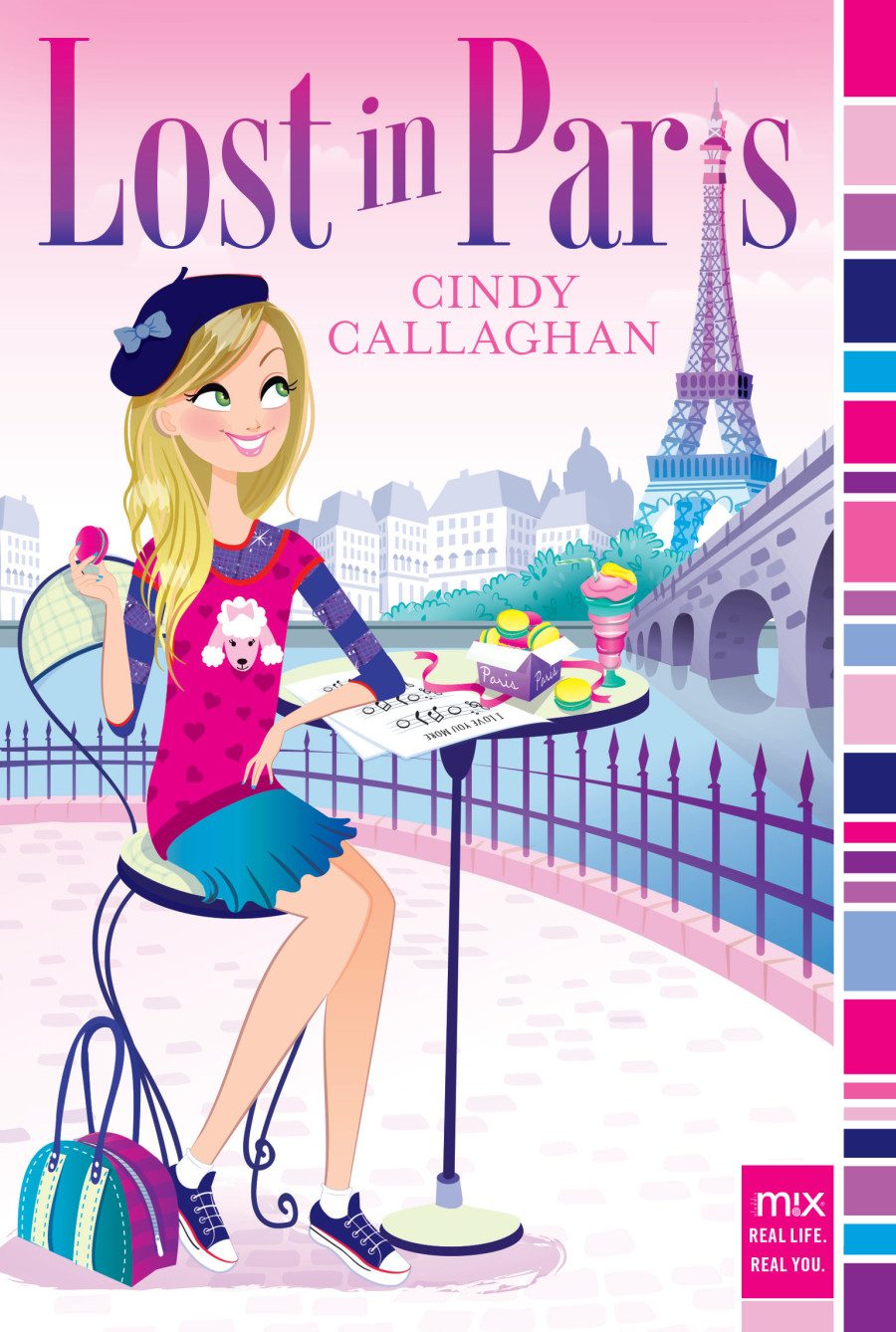 Gwen Russell is thrilled to hear she will be heading to Paris with her family. Even though the main reason for the trip is to see her three older brothers play lacrosse, Gwen and her Mom have plans to tour the city when they can.

As soon as they land, Gwen is swept up in the city she has always wanted to see, and even meets a très cute boy named Henri. If that wasn’t enough excitement, Gwen finds out that her all-time favorite band is playing a one-night only concert in Paris—and there are tickets available to the sold-old show for three lucky people. The catch? Fans who want a golden ticket have to work for it via a scavenger hunt around the City of Light.

Through cryptic clues blasted out every day through a special website, Gwen and her new friends find themselves in a race against time—and against other die-hard fans—as they scramble to landmarks throughout Paris. And it turns out the concert tickets might not even be the biggest prize…

Notes from Cindy Callaghan about LOST IN PARIS

LOST IN PARIS is the third book in the LOST IN batch.  It was originally titled PARDON MY FRENCH, but when LOST IN LODON became a breakaway hit, the book was retitled to partner with LOST IN LONDON.  While the books look like a series, they actually each have their own cast of characters and a unique thrilling mystery.

I’ve always been a francophone, someone who loves France, and I was super excited to visit Paris as part of the research for this book.  While there I especially loved a cruise down the Seine.

Trivia:  I minored in French in college.