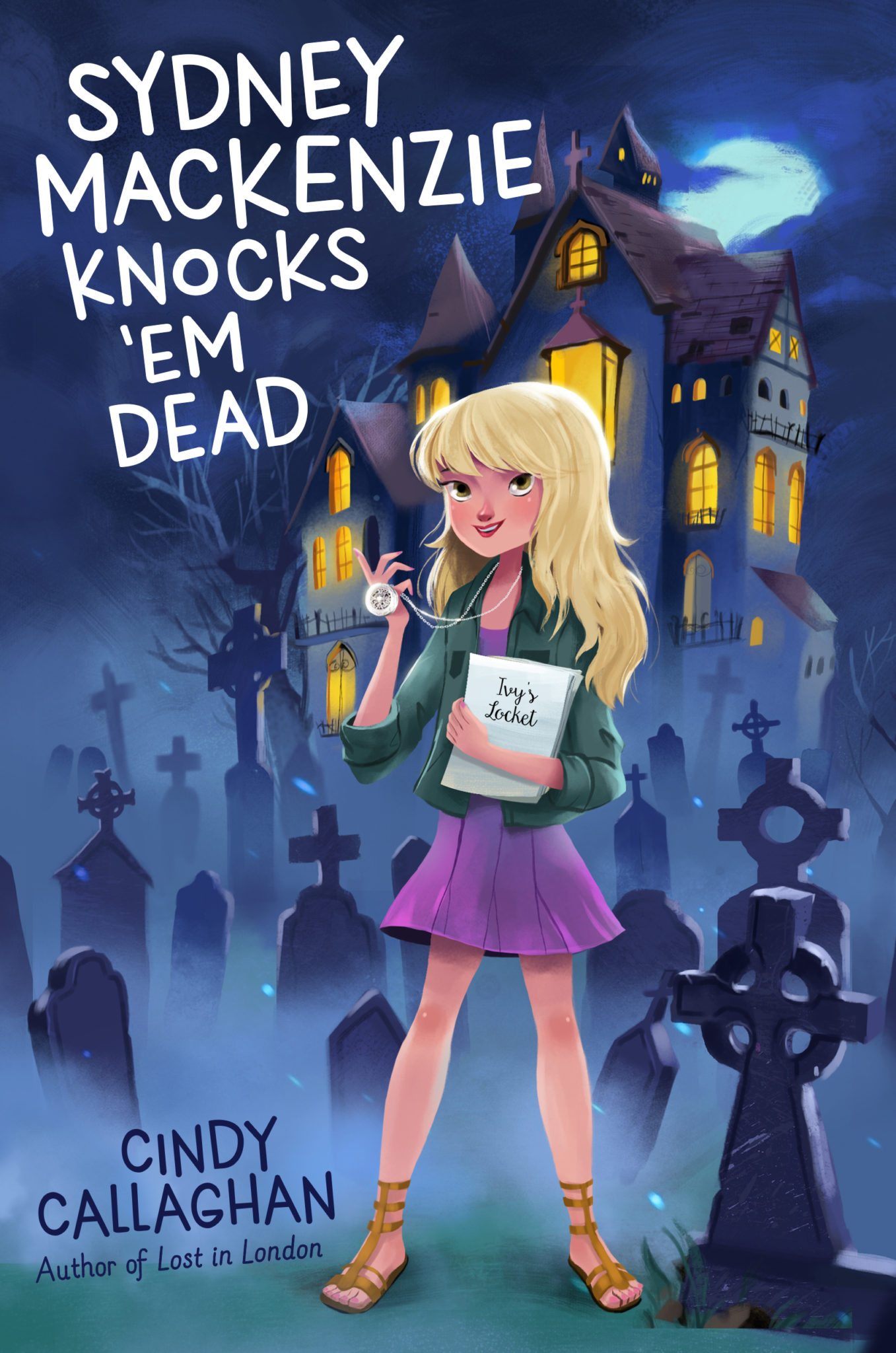 With a little magic, a Wilmington resident turns her book into an Amazon Original TV series.

After having her third child, Cindy Callaghan decided it was time to stop being a workaholic at the pharmacy. She retired and spent her time penning Just Add Magic. She said that writing has always been a big part of her life and, once she retired, she decided to turn the “phone book filled” with ideas into stories.

“I try to write books that are good, clean fun for girls,” said Callaghan. “My target audience are girls that might not be avid readers, and they can get lost in a story that is a great adventure with some mystery and some twists with a lot of laughs.”

Despite titles like Lost in Paris, Lost in Rome, Lost in Hollywood, Lost in Ireland, and Lost in London–five of her eight books–Callaghan said almost all of her books are set in Delaware.

“I love the idea of drafting them into a product that someone else can consume,” said Callaghan. “And once I had a taste for that publication, I kept moving in that direction.”

Started in 2015, the TV series Just Add Magic features three witches who cook up spells to help them figure out and unlock the secrets and curses that befall their small town. The series is now in its third season.

“When I went to California in 2015… for the filming of the pilot episode, it was just a feeling of awe that is so difficult for me to describe,” said Callaghan. “To see all of these people…there was a whole huge production trying to craft an idea of something that was once in my head.”

In addition, Callaghan said that her book Sydney Mackenzie Knocks ‘em Dead is about a southern California girl whose family inherited an old home with a cemetery in Delaware, and when Sydney arrives, she starts to discover all the mysterious things about their new home.

“Not only [does the book take place] in Delaware, but the story therein is rooted in research that I did of something that could’ve potentially and hypothetically happened in Delaware,”

Callaghan said she loves writing, creating, and drafting, but her favorite part is when she gets to read the last chapter and being able to see all of the different treads of mystery, the setting, and the character’s personality converge.

“All comes together in sort of a neat bow at the end and it literally gives me chills and it’s a great, great feeling,”

Callaghan is currently working on her next novel, which will be published in 2019. 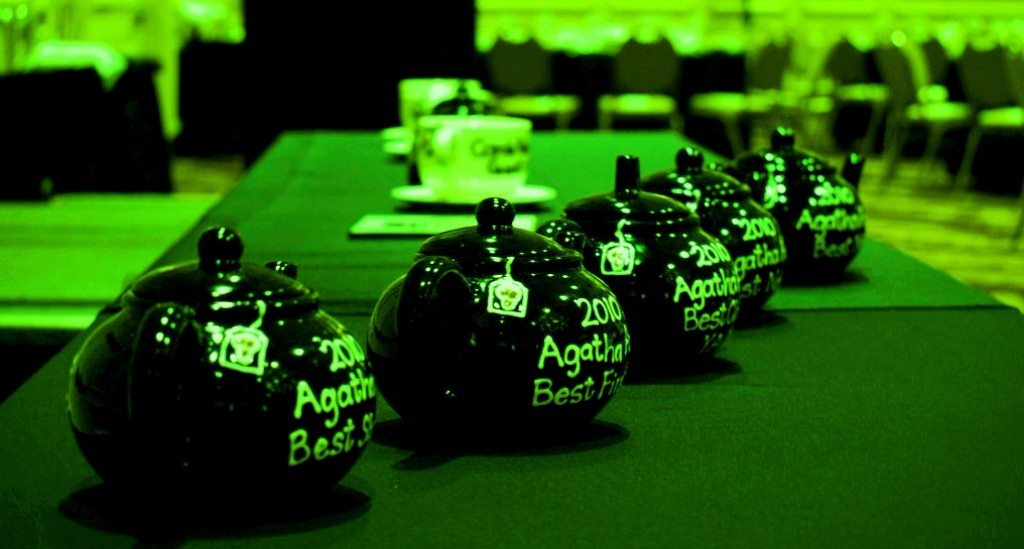 From Holmes to Sherlock: The Story of the Men and Women Who Created an Icon by Mattias Boström  (Mysterious Press)
The Story of Classic Crime in 100 Books by Martin Edwards  (Poisoned Pen Press)
American Fire: Love, Arson and Life in a Vanishing Land by Monica Hesse  (Liveright Publishing Corp.)
Rewrite Your Life: Discover Your Truth Through the Healing Power of Fiction by Jess Lourey  (Conari Press)
Manderley Forever: A Biography of Daphne du Maurier by Tatiana de Rosnay  (St. Martin’s Press)

Double Deck the Halls by Gretchen Archer  (Henery Press)
“Whose Wine is it Anyway” by Barb Goffman  in 50 Shades of Cabernet (Koehler Books)
“The Night They Burned Miss Dixie’s Place” by Debra Goldstein in Alfred Hitchcock’s Mystery Magazine (May/June 2017)
“The Library Ghost of Tanglewood Inn” by Gigi Pandian  (Henery Press)
“A Necessary Ingredient” by Art Taylor in Cost to Coast: Private Eyes from Sea to Shining Seat (Down & Out Books)

Congratulations to all of the nominees! The Malice Board would like to thank everyone who participated in the Agatha nomination process. Agatha ballots with this list of nominees will be included in the registration bags at Malice Domestic 30 (April 27 – 29). The completed ballots will be counted during the convention and the winners announced at the Agatha Banquet on Saturday evening. We’re looking forward to seeing many of you there and to celebrating Malice’s 30th year.
Happy Reading,
The Malice Board

Third Season of the Streaming Service’s Series Based on Delaware Author’s Novel for Tweens Premiers Jan. 19

WILMINGTON, Del., Jan. 10, 2018 /PRNewswire/ — Delaware author Cindy Callaghan, by her own admission, was not an enthusiastic childhood reader.

It’s a little ironic, then, that through her tween-centric novels beginning with “Just Add Magic,” she’s been able to get reluctant pre-teen readers to devour her chapter books and come back looking for more.

“More” has included six additional tween novels – the five volumes of the mega-popular “Lost In” books and the spooky mystery tale “Sydney Mackenzie Knocks Em Dead” – as well as the successful Amazon Prime TV adaptation of “Just Add Magic,” which begins its third season on the streaming service Jan. 19.

In “Just Add Magic,” main character Kelly Quinn and her two friends discover a dusty old cookbook while cleaning out her attic. When the girls decide to try a few of the mysterious recipes inside, they realize that their dishes are linked to strange occurrences.

“The show has been amazingly successful and has reached lots of potential readers,” Callaghan says. “I’m so glad reluctant readers are getting exposed to it, and by extension the book and the gift of reading.”

In fact, she says, she frequently hears during school visits, via personal fan email, and through comments on Amazon.com that the TV show has inspired pre-teens to seek out her books when they would have otherwise been reluctant to read at all.

“They’re appreciative that their children have gotten involved in reading as a result of seeing the show,” Callaghan says.

In August, the long-awaited sequel to “Just Add Magic” will finally hit shelves. “Potion Problems” follows Kelly Quinn and her friends as they try to retrieve the missing magical cookbook, save a beloved local store, and rescue their school’s cooking program, due to be eliminated thanks to budget cuts.

A New Jersey native (she grew up in Franklin Lakes and is a graduate of Indian Hills High School in Oakland) and Delawarean since 1990, the University of Delaware undergrad and masters graduate frequently uses a fictionalized version of Wilmington, Del., and other areas in the state as settings for her novels.

“What I like about using Delaware is that it’s representative of a lot of suburban areas across the country,” she says. “In ‘Sydney MacKenzie Knocks ‘Em Dead,’ I created the sleepy Delaware town of Buttermilk River Cove. The mystery of BRC is rooted in actual Delaware history. I’d tell you more, but I don’t want to spoil it.”

When it comes to writing, she’s inspired to create similar stories to those that initially inspired her. Though much of her high school and undergraduate reading fell under the “required” category, she discovered a love of fast-paced thrillers by authors like Michael Connelly and John Grisham. Her goal with her own books is to bring that same sense of page-turning intensity to tween fiction.

“I love page-turners, and I believe that style resonates with tweens growing up in a click-bait culture. That is, they’re always lured to the next thing. In this case, I lure them to turn the page.”

What’s next for Callaghan? To follow the paperback launch of “Sydney MacKenzie Knocks ‘Em Dead” in March, and the “Potion Problems” release in August, Callaghan is already drafting her 2019 release from Simon & Schuster, “Saltwater Summers,” set at the Jersey Shore, another place Callaghan holds dear to her heart. While penning that ninth novel, she’s submitting fresh concepts to both publishers and studios, hoping to strike the next deal. 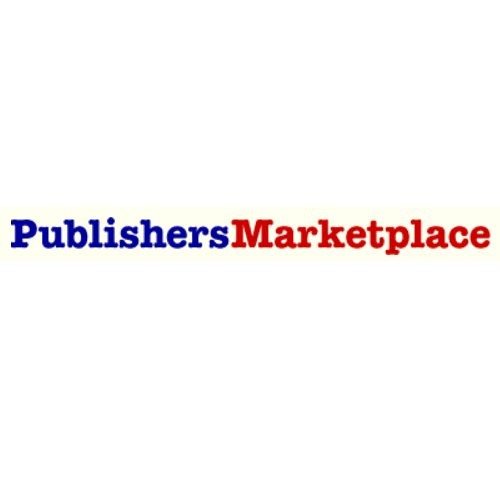 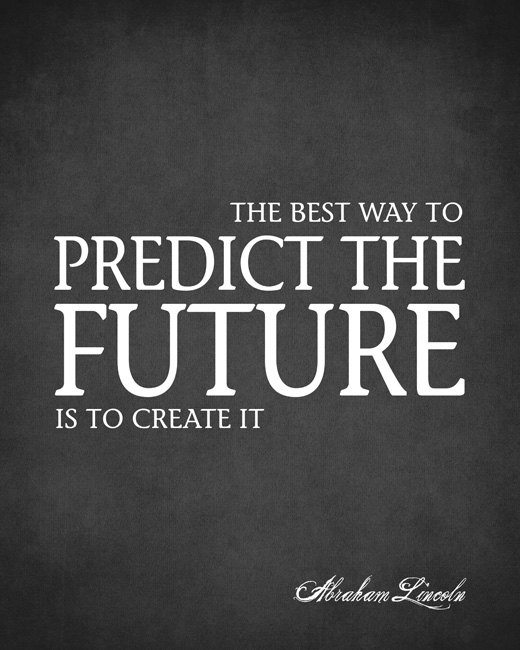 … a haunted house in a cemetery, a seance, and a secret locket: A review of Sydney Mackenzie Knocks ‘Em Dead…

Goth Gardening says, “I’ll be honest; I picked the book because of the cover and then kept it because of the first line: “Even though I hated vampires and just about anything scary, I’d seen Fangs for You five times.””.  Read the rest of the review... 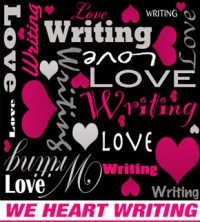 Some books take longer to find publication than others.  Read about SYDNEY MACKENZIE KNOCKS ‘EM DEAD’s longer road to the book shelf at WeHeartWriting.com. 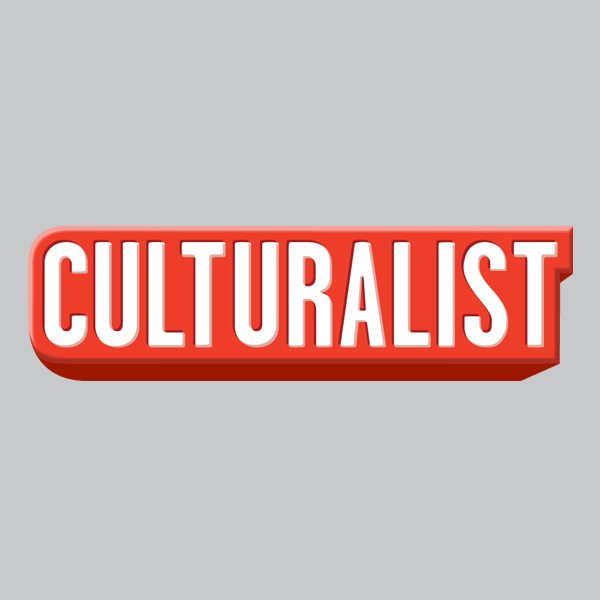 The vacation that we’ve all been waiting for since returning to school in January is finally here: spring break! In need of a new read for the occasion? Check out these March middle grade releases that are guaranteed to be the perfect addition to your spring break reading list!

“Fans of Cindy Callaghan‘s books — including LOST IN ROME, LOST IN PARIS and LOST IN LONDON — should rejoice, because she’s working on a new book, LOST IN HOLLYWOOD! [Read more…]”

“Amazon’s new series Just Add Magic is cooking up a lot of interest among TV fans, and we were lucky enough to chat with Olivia Sanabia from the brand new series! [Read more…]”

“International Women’s Day may have passed, but that doesn’t mean the awareness needs to stop! This post is all about the girl power! Here are some of my favorite books written by some fantastic female authors. [Read more…]”

14 Spring Break Books for Your Family, Your Friends and You

“Spring is upon us, and we’ve rounded up 14 must-read titles for just about everyone. From the history buff to the romantic to the environmentalist—we’ve got you covered! [Read more …]”

The kids series going forward are Just Add Magic, for the 6-11 set, and The Stinky & Dirty Show, for preschoolers.Magic is based on Cindy Callaghan’s YA book and adapted by Joanna Lewis & Kristine Songco (Sullivan & Son). [Read more…]

Amazon Greenlights 5 Series, Renews ‘Mozart in the Jungle’ for Season 2

“The company announced Wednesday that it had given the green light to five new series, including The Man in the High Castle (an adaptation of Philip K. Dick’s novel), The New Yorker Presents (a television approach to the magazine’s content), the dark comedy Mad Dogs and the kids’ programs Just Add Magic and The Stinky & Dirty Show. [Read more…]”

Amazon Orders 5 New Series Including ‘Man in the High Castle’

The Kids’ Book That Amazon Is Turning Into a TV Pilot

“Just Add Magic, by bestselling middle-grade author Cindy Callaghan, is included in Amazon’s 2015 pilot season. Amazon will host the pilot episodes online for a limited amount of time and will decide which pilots to green-light into an entire series based on the viewers’ response. We sat down with Cindy to hear more about this entire experience, what it’s like seeing her book come to life, and how we can help. [Read more…]”

“…and Just Add Magic, based on the young adult book of the same name by Cindy Callaghan, which was adapted by Joanna Lewis and Kristine Songco (Sullivan & Son, Fairly Odd Parents and My Little Pony) and directed by Awkward‘s Joe Nussbaum. [Read more…]”

A pure delight for any pre-teen girl!! An amazing journey into the importance of friendships made at this special age. This is my go to gift for all the young girls on my life. Such a fun book and wonderfully written with girls of that age in mind. A complete joy!

This is such a fun book. My family read it (out loud) on vacation and we all loved it – especially the dialogue! There’s mystery and adventure and great personalities and even some history and travel stuff that fit right in. We felt like we were in Rome.

My 9 year old daughter was so taken by this book that she finished it in four days. She begged me to let her stay up an extra 30 minutes each night because she was so excited to get to the next chapter of the book. This book is a must read for all girls 9-14 years old.

I bought this book for my nieces and they loved it! The story was relatable and age appropriate. They loved the twist an turns with a little bit of everything thrown in from ghosts to history and even a little “romance”. My sister said she actual heard them laugh out loud (lol).