On the heels of the announcement that JUST ADD MAGIC has been renewed for Season 2, I thought we’d put the spotlight on the amazing and beautiful Aubrey Miller who plays Hannah.

Let’s check out all of Aubrey’s latest news!

Aubrey is a total fashionista. Would you look at these yellow pumps she’s sporting at the JUST ADD MAGIC premiere? OMG! 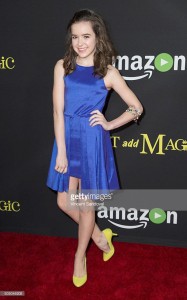 Aubrey is looking fab at the Just Add Magic Premiere in her custom dress by Sally Miller. 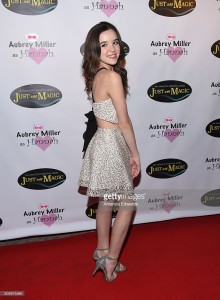 She looks absolutely fabulous everywhere she shows up. I am so jealous. As if her spectacular outfits weren’t enough, she is a model for Sally Miller.

She’s also got pipes. Yes, she sings, too! She’s releasing her first original single this month! 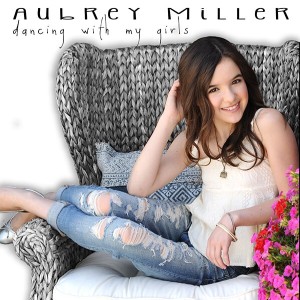 Follow Aubrey on her YouTube Channel and check out some of her music video covers and collabs.

She’s no stranger to acting. Aubrey guest starred on Disney Channel’s Austin and Ally and Nickelodeon’s Sam and Cat, but JUST ADD MAGIC is her first lead on a TV show. She talks a little about that, as well as her taste for fashion and her other interests in her interview with PopCityLife. Aubrey also has a new movie release called Little Savages which is now out on DVD, Amazon Prime and iTunes.