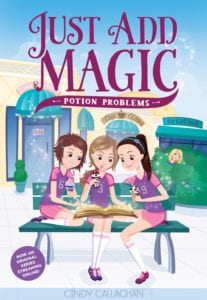 Callaghan will participate in a panel discussion on May 4 at the Malice meeting in Bethesda, Maryland.

Winterhouse by Ben Guterson (Henry Holt)
A Side of Sabotage by C.M. Surrisi (Carolrhoda Books)