My interview with Gail Nall! 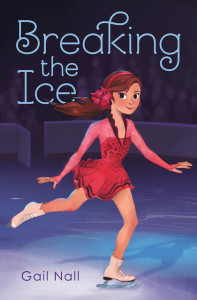 Hi all!
Today I’m “sitting down” with my girlfriend and fellow author Gail Nall! Gail is the author of Breaking the Ice and the upcoming R.S.V.P.! Since we’re miles apart, we’re pretending we’re at Starbuck. Gail opted for the subdued classic: a tall vanilla latte with a dash of cinnamon! I went for a grande peppermint mocha with whipped cream and sprinkles because if I have to suffer winter, I deserve the yummy seasonal drinks!

Cindy: What do you think influenced you to become an author?

Gail: Well, I was supposed to be a lawyer! I was bored in the law library one afternoon, and instead of working on an outline for class, I started typing up a story that was in my head. I’d written lots of stories as a kid, back when I gobbled up books like candy, but I hadn’t written anything for fun since I was probably about fourteen. But that little idea in my head wasn’t going away, and now I’m really glad I wrote it down that afternoon instead of doing what I was supposed to be doing! (And I still became a lawyer, too, by the way!)

Cindy: What is your writing process like? Do you have a routine that gets you into writing mode or a food or drink you like to have by your side?

Gail: I do most of my writing early, early, early in the morning before I take my daughter to preschool and go to work at my day job. I try to wake up at five, get my coffee, and then go flop on my couch with my laptop. There’s usually a cat on my feet (or trying to walk on my laptop). The hardest part is getting myself to stop by six-thirty or six-forty-five! Well, that and going to sleep early enough the night before!

Cindy: What is your favorite thing about writing your own books? What’s the hardest part?

Gail: My favorite part is writing dialogue. I looooove dialogue! In fact, my first drafts are usually what I call “talking heads.” Which means, they’re mostly dialogue, and then I have to go back and fill in a lot of narrative and description. I also love the freedom of writing a first draft. I usually have a vague idea of where I’m headed, but the journey is often a surprise.

The hardest part for me is revision, and more specifically, cutting out pieces of the book that I love but that just don’t work! It feels like cutting off a finger or something, even though I know it makes the book stronger as a whole.

Cindy: Why did you choose to write middle grade books?

Gail: I didn’t choose middle grade – it chose me. I had no kids at all when I started writing, and I never worked with kids as a teacher or librarian. Middle grade is just the voice that came out of me when I wrote, even though I had no idea at the time what MG even was! When I think back on it, I believe it’s because that’s the age when I fell in love with reading. Books were my best friends, and the books I read when I was nine or ten are the ones that have stuck with me for the rest of my life.

Cindy: Do you get inspiration for your characters from yourself or the people around you? Any examples?

Gail: A little of both. As authors, I think we put a little of ourselves into a characters. It’s hard not to! The skating characters in BREAKING THE ICE are completely made up, mish-mashed with a few attributes from skaters I’ve known throughout the years. Like the way Addison “shadows” Kaitlin on Kaitlin’s first day at Fallton – I’ve seen skaters do this, probably more out of an “oh, I forgot I need to practice that spin too!” thought than an actual desire to show off to the other skater that they can do a move better. (Although since skating is such a competitive sport, I’m sure that subconsciously, the latter happens too!)

Cindy: If you could hang out with any one of your characters for a day, who would it be and why? What would you do?

Gail: Oh, Braedon from BREAKING THE ICE, for sure! I’d like to see what kind of trouble he can cook up in a day. ;) We’d drive a Zamboni, definitely.

Cindy: Who were some of your favorite authors/books growing up? Do you think reading those books/their works had a lasting impact on you?

Gail: The Little House books by Laura Ingalls Wilder, ANNE OF GREEN GABLES by L.M. Montgomery, the classic Nancy Drew books by Carolyn Keene, the All of a Kind Family books by Sydney Taylor, and then contemporary series (at the time, anyway!) like The Baby-sitters Club, Sleepover Friends, and Sweet Valley Twins. These books created my love of reading and inspired the stories I wrote as a kid. My favorite genres are still contemporary and historical, so I’d say these books have definitely had a lasting impact! I’d moved on to teen horror (mostly RL Stine, Christopher Pike, and Caroline B. Cooney) when the Silver Blades series came out in the early nineties, but I read a lot of them anyway because they were about skating and I was a skater. I definitely had those books in the back of my head when I started writing BREAKING THE ICE.

Cindy: If you could add one book to every middle school’s reading list, what book would it be and why?

Gail: I can think of tons of classics that are probably already on reading lists, so I’ll go with something really recent that I loved. JUST A DROP OF WATER by Kerry O’Malley Cerra came out last fall, and is about a thirteen-year-old boy’s experience of September 11th, 2001. It deals with fear, prejudice, acceptance, a loss of innocence, and learning that your parents are only human. It’s a great read, and is one that I think most kids would enjoy. 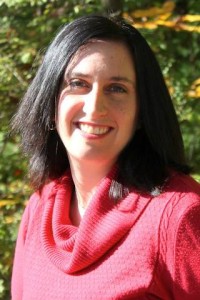 Gail Nall lives in Louisville, Kentucky with her family and more cats than necessary. She once drove a Zamboni, has camped in the snow in June, and almost got trampled in Paris. Gail’s middle grade debut, BREAKING THE ICE, is out now! She is also the co-author of the upcoming YOU’RE INVITED books with Jen Malone (Aladdin/S&S, May 2015 and Spring 2016). Contributor at Kidliterati.com and member of Fearless Fifteeners. SCBWI member. Represented by Julia A. Weber of J.A. Weber Literaturagentur.