In honor of my newest book, Lucky Me, I thought I’d share some interesting facts from Eupedia. 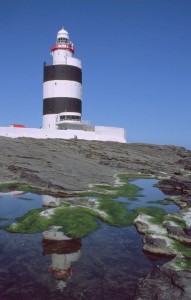 1. Hook Lighthouse is thought to be the oldest working lighthouses in Europe, or possibly in the world. Located at Hook Head, in County Wexford.  The first lighthouse on that spot dates back to the 5th century.  That’s, like, really really old!

2. Did you know that Halloween traces back its origins to the Gaelic festival of Samhain?  Samhain is a harvest festival held on 31 October to mark the end of summer. Samhain became associated with All Saints (1 November) from the early Middle Ages and the two progressively merged over time creating Halloween.  Which, BTW, is me favorite of allllll holidays!!

3. Ireland is a snake-free island. Due to its isolation from the European mainland, Ireland lacks several species common elsewhere in Europe, such as moles, weasels, polecats or roe deer.  I kinda wish I had a snake-free backyard!

I love a good legend, and legend has it that St. Patrick drove the snakes out of Ireland. 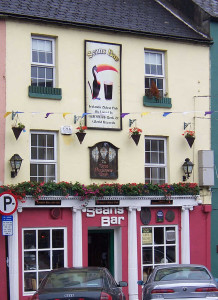 5. Pubs are an important central gathering place in Ireland.  Ireland’s oldest pub is Sean’s Bar in Athlone. It was founded, like, 900 years ago. The country’s oldest licensed pub, though, is Grace Neill’s Bar in Donaghadee, established in 1611.

I love the ancient history of Ireland.  It seems you can’t go more than a few miles without seeing rubble of a castle or cottage.  Meghan, from Wilmington, Delaware, travels around the country to unravel herself from a nasty curse.  There’s one thing I like better than a legend, and that’s a good old-fashioned curse!