Remember when I announced waaaaay back in August that a pilot episode of Just Add Magic was in the works with Amazon Studios? Well it’s premiering this month! 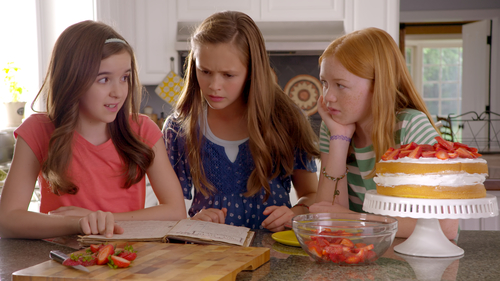 Amazon Studios has a whole bunch of pilots premiering on January 15th, and audience feedback will play a role in their decisions on what to turn into an official Amazon Studios show. The upcoming premieres were covered in a few places around the web…

“The five pilots, along with an updated version of the previously announced pilot Sara Solves It, will debut in early 2015 on Amazon Instant Video. Viewers will be invited to provide feedback on the shows they want to see turned into full series, which will then become available on Prime.”

”Amazon Studios has set Jan. 15 as the debut date for its first batch of 2015 pilots, a list that includes dramas produced by heavy-hitter showrunners Shawn Ryan, Carlton Cuse and Frank Spotnitz.”

”Amazon studios announced the lineup for its first 2015 pilot season in November. As with Amazon’s previous pilot seasons, customers will be able to watch the pilots and provide feedback on which ones they want to see turned into full series. The shows will be available via Amazon Instant Video online or on mobile and connected devices that support the Amazon Instant Video app.”

So, on January 15, 2015, watch the pilot, provide your feedback, and cross your fingers that you’ll be seeing a full season of Just Add Magic!